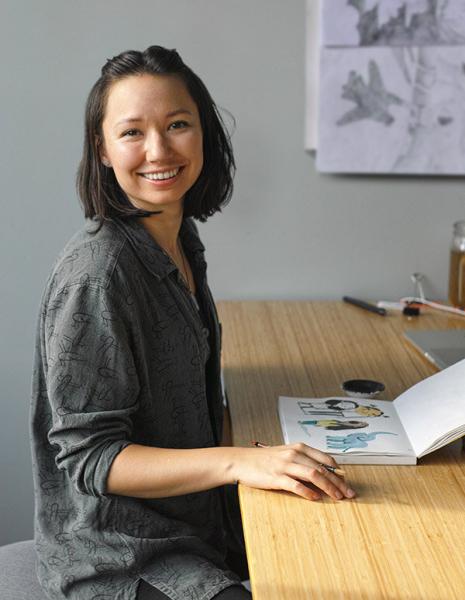 Tracy Subisak studied industrial design in school, subsequently working in the field internationally for seven years, designing computers for the future, before turning her focus to freelance illustration and design.

Tracy’s debut author/illustrated picture book Jenny Mei Is Sad (Little Brown) will be published in June 2021. She is the illustrator of several picture books including Grizzly Boy, Cy Makes a Friend, and Shawn Loves Sharks, which received a starred review from Kirkus, was a Junior Library Guild selection, and received a 2018 Washington State Book Award. Upcoming nonfiction picture book title Wood, Wire, Wings by Kirsten Larson is a bio of Emma Lilian Todd, the first woman to successfully design and engineer a working airplane.

Tracy is the proud daughter of a Taiwanese mother who was a Chinese language instructor and art teacher, and an American father, son of Polish and Slovakian immigrant parents, who is an engineer. She was born and raised in Columbus, Ohio, has lived in Taiwan, South Korea, NY, and San Francisco, and now makes her home in the PNW in Portland, OR. She is always eager to go adventuring and is a true believer that experience begets the best stories.