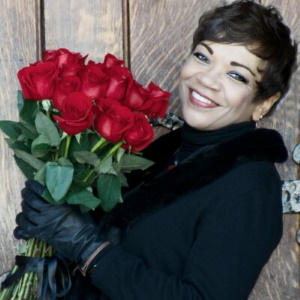 Theresa E. Liggins has been writing and publishing her works of fiction since 2000 when, of all things, her ballroom dance training became the inspiration of her first two novels, Life is But a Dream and Dance Me to the End of Love. From that point, she knew she had been bitten by the writing bug. Nine novels later, she wrote, You Danced On My Dreams – Beyond the Ballroom to cement the dramatic series; and was further inspired to write her tenth novel, Sis Loyalty, to bring the story full circle. In addition to several new books, Liggins went on to breathe new life into several of her earlier projects including, The Escort Series, as well as, Under the Purple Moon and its sequel, Under the Cover of Darkness.

Although born, raised, and currently lives in Columbus, Ohio, along her journeys, Ms. Liggins has fondly called Northern California and Chicago, Illinois home. Her love for writing and photography keeps her exploring and following her dreams. She has met some interesting characters along the way— some of whom have even inspired the colorful and beloved characters in her novels. Never short of relatable life experiences, wherever her journey takes her, you will find her conjuring up her next compelling page-turners.

Among her many passions is financial literacy. She enjoys educating and empowering consumers with facts on how to raise their credit score. Theresa, also known as The Ultimate Credit Warrior,  has spent a decade analyzing and researching credit scoring and has been inducted into the Elusive 850 Club, which consists of only 1.2% of all FICO scores.

To learn more about Theresa E. Liggins and her books, visit http://www.romanticreations.com or follow her on social media.

The Escort II--Princess and the Surrogate (Paperback)

Under the Purple Moon (Paperback)

To Love and To Cheat (Paperback)