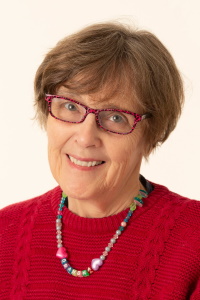 Kezia Sproat, a native of Chillicothe, raised her family in Columbus, teaching English and Comparative Literature at Ohio State, where her 1975 dissertation on Shakespeare immediately won a national competition. A member of Women’s Poetry Workshop for 25 years, she co-founded the Community Film Association in 1978, and coordinated a “Festival of Dionysus” poetry competition in City Council Chambers at the 1987 Greater Columbus Arts Festival. Dr. Sproat was editor at OSU Center for Human Resource Research 1978-1985; writer/editor, Creative Services at Abbott Labs 1987-1990; and coordinator, SCOPS South Central Ohio Preservation Society, 1993-2013.

In 1987 Dr. Sproat began a serious study of nonviolence and founded Highbank Farm Peace Education Center in 1994. Her response to 9/11, “A Short Course in Nonviolence,” won recognition from Morehouse College and membership in the Board of Sponsors of the Martin Luther King, Jr. Memorial Chapel in Atlanta. A handbook, Beginning Nonviolence, appeared in 2013.

Tuwyn, her first book of poetry, was written during her Columbus years. In 1998 she restored her childhood home, where she lives in Chillicothe. A second poetry collection, Eh Tih Zwell, is set to release December 2019. Also in the pipeline are her collected essays, Sisterhood in Shakespeare.

BOOKPLATES SIGNED BY THE AUTHOR AVAILABLE UPON REQUEST