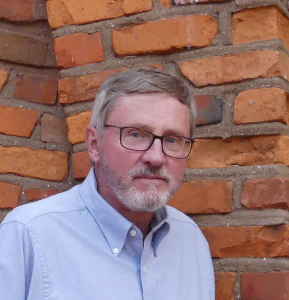 While practicing medicine for a quarter century, his interest in writing never waned. Medicine was his wife, but writing became his mistress and mysteries his drug of choice. He began honing his craft by attending creative writing workshops and college courses. At first pursuing his passion solely for himself and his family, he was surprised and gratified when his work won contests and was published in a variety of literary journals, anthologies, and magazines.

He now lives happily as an ink-stained-wretch and teaches a poetry workshop for seniors. His Father Jake Austin Mystery Series is set in Lorain County, Cleveland, and elsewhere in Ohio. Much of his poetry deals with the courage and struggles of his patients over the years. He enjoys swimming, hiking, sunshine, good friends, and red wine.

BOOKPLATES SIGNED BY THE AUTHOR ARE AVAILABLE UPON REQUEST