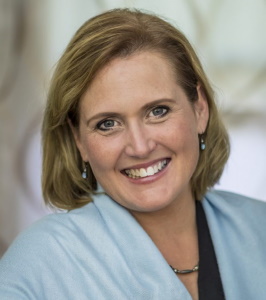 Jodi Andes’ debut, Master of Deceit, is a true crime book about John Donald Cody, one of the most formidable conmen in modern history, who defrauded veterans of $100 million using the name Lt. Commander Bobby Thompson, and stayed one step ahead of law enforcement for 25 years. By time law enforcement could catch him, Cody would be wanted for frauds, stolen identities, questioning in espionage and accused in one of the greatest security breaches in White House history. Master of Deceit focuses on Cody’s crimes, and the mysteries surrounding political access he gained as the fake lieutenant commander. It is slated to be published in March 2020 through Micro Publishing Media, Inc.

The book began attracting media attention before publishing. The book was featured on the Perfect Scam podcast, an AARP podcast hosted by the author of Catch Me If You Can, by Frank Abagnale. She has been asked to do two magazine articles about the book – one for a historical Ohio magazine and the other, for a trade publication for members of the Arizona Attorney Bar Association.

Ms. Andes spent much of her career as a newspaper reporter for the Columbus Dispatch. She left in 2009 on the verge of the newspaper’s downsizing, though she later returned to journalism to head up an investigative team for WBNS-10TV news for two years. Former Ohio Attorney General Richard Cordray hired Ms. Andes to serve as his senior investigator, which is where she was assigned to work on the Bobby Thompson case. She has also spent more than five years doing communications for governmental agencies. She currently is a Public Information Officer for the Franklin County Commissioners. She lives in Pickerington with her two sons and their two dogs.

Master of Deceit: How a Veteran Con Man Scammed His Way into the White House (Paperback)