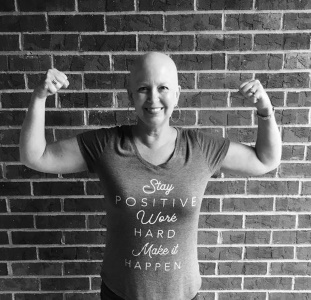 Diana Bosse has jotted notes in her diary, written hundreds of grocery lists, and published a few articles in company newsletters as well as The Cincinnati Enquirer, The Island Packet, Ladies Home Journal and Women’s Day. Publishing and SELLING a “real” book is a big deal for her.

Diana grew up on a cul-de-sac in a small mid-western town in what she refers to as “the last great era to be a child” – the 1960’s. She attended grade school and high school where she “didn’t learn a thing, but had a great time”, then went on to drop out of graphic design school in the early 1980’s.

For twenty-five years she worked in the corporate world for the same company where she made a decent living without a college degree and was able to travel to amazing cities like Atlanta, Dallas, New York, Seattle and Hong Kong on the company dime. Not too shabby for a kid that thought Gatlinburg, Tennessee was the edge of the earth.

Diana currently does meaningful work for an incredible organization – the Alzheimer’s Association of Greater Cincinnati.

She lives in Loveland, Ohio with her tolerant husband, Steve, and equally tolerant cat, Madison Grace. All three enjoy spending as many weeks as possible in Maddy’s big litter box by the sea, Hilton Head, South Carolina.